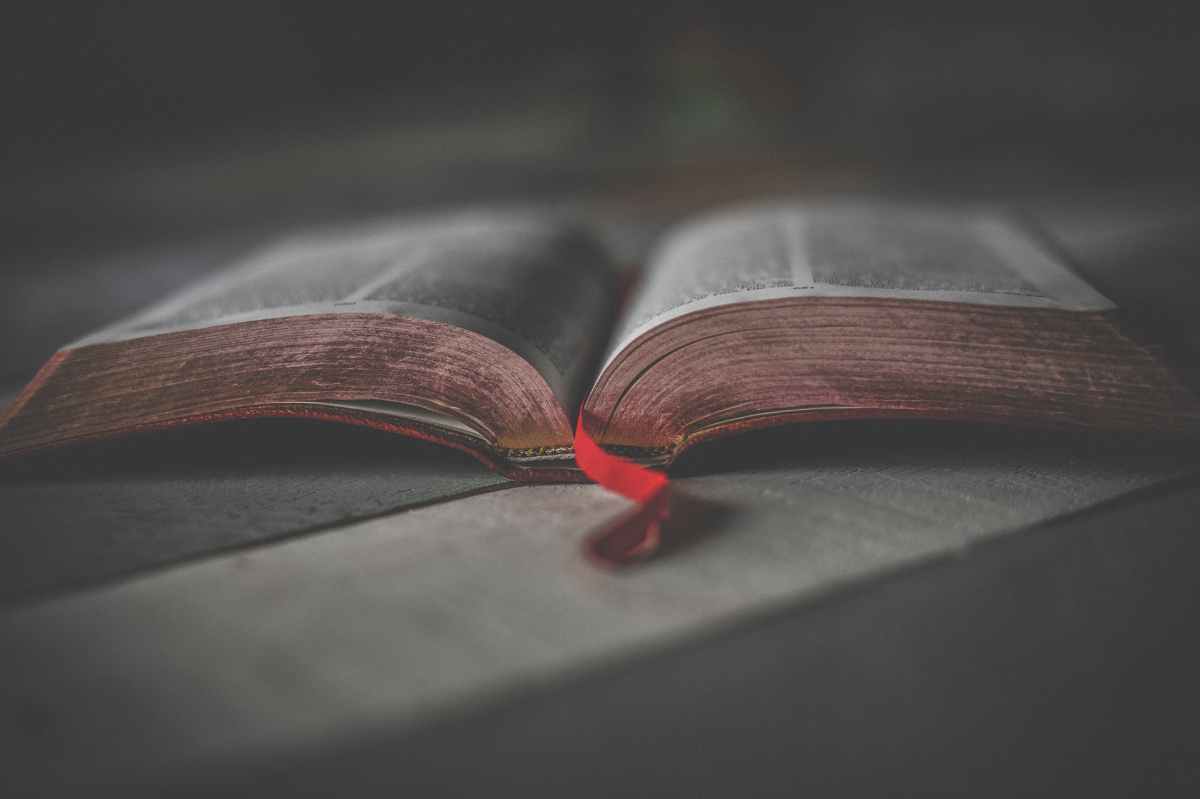 The Babylon Bee is a famous faith-based satire website. They feature fake articles about current issues in culture and the church. Some of my favorite headlines are:

Some of the articles on the Bee are really funny. Some are not. But an unintended comical scenario happens occasionally when readers confuse satire for reality. The mistake is often followed by a rant on social media, which is then followed by a gentle explanation of the website’s nature. There’s even an article on the site about this common mishap. It can be embarrassing when you misinterpret genre (a category of artistic, musical, or literary composition characterized by a particular style, form, or content).

In my last post, I began to explain the importance of context. One of the primary tasks  when interpreting Scripture is to consider its literary context.

The Variety of Scripture

Take a quick look through your movie or book collection. You will see that you intrinsically understand the concept of genres. You know from experience not to interpret a fairy tale on your child’s bookshelf the same way you would interpret the user manual to your new television. Both are valid forms of communication that accomplish different goals. The fairy tale whisks you away into a fantasy and may teach you a moral lesson or two along the journey. The user manual uses plain, concrete language to teach you how to operate your device.

Similarly, the Holy Spirit employed the use of several genres to communicate the revelation of God’s character, His nature, and His activity throughout human history. I praise God for this gift. The Bible is a rich literary work that is exciting, artistic, beautiful, instructive, and engaging.

Identifying the genres of Scripture can be a little confusing. Sometimes there is one dominant genre with many sub-genres within. For example, the book of Isaiah is primarily a book of prophecy, but it features narrative, apocalyptic, and even poetic sections.

Narrative is the largest genre, comprising about 60% of the Bible. Scholar Robert Plummer identifies the following books as primarily narratives: Genesis, Exodus, Numbers, Joshua, Judges, Ruth, 1 & 2 Samuel, 1 & 2 Kings, 1 & 2 Chronicles, Ezra, Nehemiah, Esther, Matthew, Mark, Luke, John, and Acts. In each of these books, the author tells stories to communicate truths. In the stories of Scripture, we see God’s character and nature primarily through the actions He has taken throughout history.

The four Gospels make up a significant sub-genre of narratives. While every narrative in the Bible ultimately points to Jesus Christ, the Gospels explicitly tell the story of Jesus. God has given us four separate accounts of Jesus’ life and ministry (that do not contradict) to give us a comprehensive understanding told from different perspectives.

One of the interpretive keys to reading biblical narratives is to keep the full story in mind and to accurately identify the hero. You are not the hero of the story, so resist the urge to read yourself as such. In each situation, we are meant “to side with the God-honoring and truth-loving characters in the story” (Plummer, 40 Questions About Interpreting the Bible, 192). And in each situation, we are meant to find the ultimate fulfilment in Christ. Jesus is the true and better hero of every biblical story.

After God brought the Israelites out of Egypt, He gave them His laws, which are recorded in Exodus, Leviticus, Numbers, and Deuteronomy. The law is meant to show us that God expects His people to live holy lives in contradistinction from the pagan nations.

This genre is arguably the most difficult as the New Testament makes it clear that we are no longer bound to the law, because we worship Christ who fulfilled the law’s demands on our behalf (see: the books of Romans and Galatians). However, we can extract principles about God’s holiness and His concern for our holiness from the law.

Consider this advice from George Guthrie’s book Read the Bible for Life:

“Don’t become legalistic and apply the Old Testament legal material as a specific set of literal laws for you. Do read it as a profitable and valuable revelation about God and His character. Obey the broad universal principles reflected in the law as explained and refined in the New Testament revelation of Jesus Christ” (108).

Remember the interpretive keys for the Old Testament law are the person of Christ and explanations offered in the New Testament.

Wisdom literature is what it sounds like: a collection of writings that help us live wisely in this present age. The Psalms are included in this genre, though they are written as a collection of poems and songs for God’s people. Proverbs and Ecclesiastes offer general rules for successful Christian living. Song of Solomon shows us how to romance and love our spouses. Job describes the character of a wise man by looking at the life of its namesake.

Two interpretive keys for wisdom literature are: find their ultimate fulfillment in the person of Jesus Christ and consider them generally true, but not an airtight guarantee.

Guthrie explains that wisdom literature shows “the way life works best [most] of the time. The bible is clear throughout Scripture: if you live a life oriented to God, you will tend to have a good life” (126–127).

Old Testament prophets were both foretellers and forth-tellers. They are famous for predicting the future. But their primary role was to tell forth the word of God. They were God’s mouthpieces for His people. The major prophets (named for the lengths of their writings) are Isaiah, Jeremiah, and Ezekiel. The minor prophets are Daniel, Hosea, Joel, Amos, Obadiah, Jonah, Micah, Nahum, Habakkuk, Zephaniah, Haggai, Zechariah, and Malachi. Some were sent to preach to the northern kingdom of Israel; others went to the southern kingdom of Judah. But they all held the same commission: to proclaim the word of God to the people of God.

The primary interpretive key of prophecy is to find prophetic fulfillments in Christ. Jesus made it unmistakeably clear that the prophets spoke of Him (Luke 24:27, 44–47; John 5:39, 45).

Letters make up the bulk of the New Testament (every book after Acts). These should primarily be viewed as expositions of the gospel of Jesus Christ for a particular church. While we all may (and should) read these letters for ourselves, we need to remember that they are occasional. That means they were written for a particular people in a particular time. Galatians was written to the churches in Galatia who struggled with the temptation to return to legalistic living. It should be read and understood differently than 1 or 2 Corinthians, which were written to the churches in Corinth who had gone astray in pursuit of self-gratification.

The interpretive key to understanding epistles is simple: doctrine before devotion. The epistles contain many commands, which we should obey. But the primary pattern of the letters is consistent: the writers generally explained the gospel before giving moral or ethical commands. We need to remember that Jesus is our righteousness and that right living is done in response to what He has already accomplished on our behalf.

This is the favorite genre of conspiracy theorists and armchair theologians. Revelation is the most prominent apocalyptic work in the Bible, but there are others. Portions of many of the prophets (especially Isaiah) and about half of the book of Daniel fall into this category.

Apocalyptic literature is written for a specific people in a specific time facing particularly difficult circumstances.

I would offer this interpretive key: look for the glory of Christ, who is controlling events far beyond what we can see and understand, and who ultimately has defeated our enemy. Revelation, in particular, was not written to give you a clear timeline of the end of the world. It was written to show you the glory of Christ, who sits on the throne of heaven, who rules over all creation, and who has vanquished our great foe!

Resources to Help You

As you begin to become a responsible student of God’s Word, I pray that you pay close attention to genre and interpret within the proper literary context. Authors relay information by many different means. Songs, stories, and genealogies are all equally valid literary forms. Don’t interpret prophecy the same way you interpret the law.

My explanations were admittedly brief (though this post was not) and simplistic. If you desire more information on the topic of genres or would like to learn more about interpreting specific genres, check out the excellent resources below.

Read the Bible for Life by George Guthrie

40 Questions About Interpreting the Bible by Robert Plummer

The Prophets Speak of Him by Anthony Selvaggio

Other posts in the Bible Study Basics series: